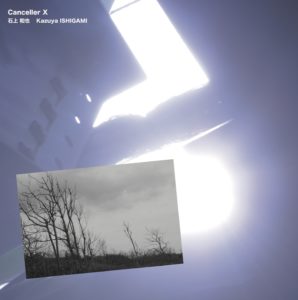 Kazuya Ishigami is a Japanese composer, sound designer, sound performer and sound engineer based in Osaka.
Ishigami since 1997 has released more than twenty and in collaboration albums with renowned experimental electronic musicians such as Tomas Korber, Federico Barabino, Anla Courtis, among others.
This album of fourteen songs carefully sculpted through sound designer software transits between experimental electronics and electroacoustics.
Ishigami’s music as it develops incorporates layers of sounds and drones and proposes unexplored places, abstract and dark atmospheres.
http://www.neus318.com, http://musicnative.net/kyourecords 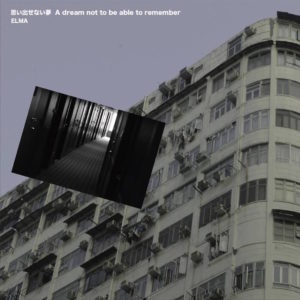 Noisemaker Ken Ueda aka ELMA is based in Tottori, Japan who since 2010 has been releasing a string of records in limited runs on experimental and noisy music labels.
This time is about ‘A dream no to be able to remember’ released on Japanese noise musicial Kazuya Ishigami’s imprimt.
There are four tracks that navigate the long corridors with innumerable small apartments of a building of art-noveau style like that shows the cover of the record. There is the sensation of looking at a picture in a box that is a dark hallway and crammed with people living in a few square meters.
The music is suffocating and dark which gives no lull or even minimal vascilation.
Drones composed of several layers of synthetic and digital noises. Shady tunnels peek out from the depths with their echoes and filthy sounds.
‘A Strange Neighbor’ puts the note of calm with a calmer track that drinks from the waters of ambient.
‘The Winchester House’ closes this disc with a drone that has a haunting melody wrapped in an endless loop.
http://musicnative.net/kyourecords, https://soundcloud.com/kyou-records, https://elmanue.bandcamp.com, http://elmanoise.blogspot.cl